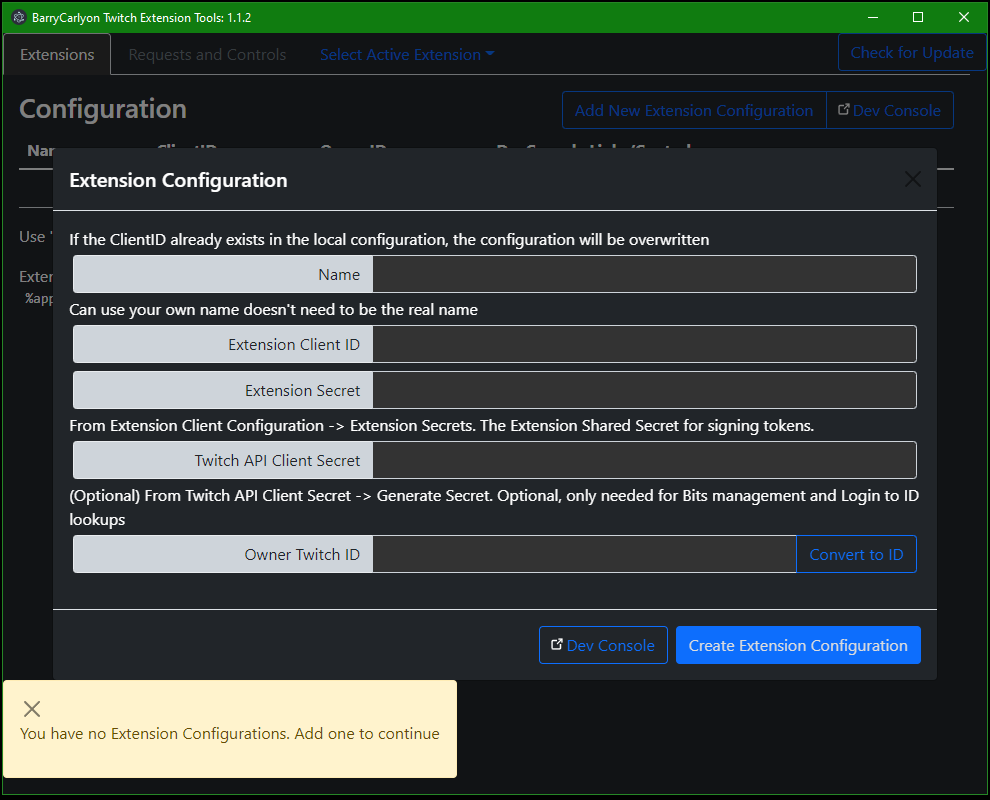 Around the time that Kraken was dying, I was doing something (I forget what, probably bits products), and found that the Twitch Developer Rig was totally hosed, since it was calling Kraken and hadn’t been patched. (It since has been but still being a little weird with some stuff with some of my Extensions, but I digress).

So I went and built my own tool, it’s part “API testing tool” part “useful things for managing Extensions”. And released Open Source over on GitHub under the WTFPL aka – “Do What the F*ck you Want to Public License”.

Main reason for making a tool rather than a bunch of test scripts, was I wanted to easily store and recall my Extension Client ID’s Extension secrets, and easily generate App Access Tokens for the relevant API’s that needed.

So without further ado, you can find, download, use and abuse, the tool over on Github, or even PR a feature in https://github.com/barrycarlyon/twitch_extension_tools current Version is v1.1.3!

It should offer just about every “useful feature” from the Developer Rig, that there is a public API for, except for “Views” and “Start my servers for me”. For a easy summary of the Features Available, checkout the Readme on the GitHub!