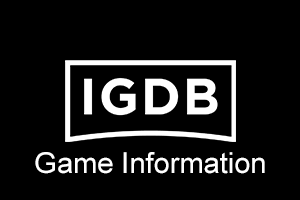 This will be the first post in a two/three parter on this extension since it also serves as a good example on how to utilise a number of Twitch and IGDB products/API’s to achieve the end solution! But today just an announcement post!

You can see on the left the “box” with the cover art appears on the left over the Game name that is baked into the overlay and on user mouse over of the box the game information box is then displayed. Title, brief synopsis, cover art and store information are presented.

When I showed this off in the IGDB discord (prior to E3), I was asked, if this was a publicly available thing, and I replied, sorta but not really. Which then led me to go and create a seperate extension for anyone to use, during a smidge of down time I had recently!

So I present the IGDB.com Game Information Extension!

It is availble to both Twitch Mobile and Desktop users. On Desktop both Component and Panel are supported. I usually recommend the Component slot as it saves users having to scroll down, and it’s auto collapsed out of the way until a user clicks on the [IGDB] taskbar icon. And generally speaking most streamers have the Component slots free anyway. ITS FREE REAL ESTATE MAN!

Via the power of Twitch EventSub, it will even automatically self refresh if you change games during a stream and will gracefully fail back if you pick a game that is not on IGDB.com or a category that is not a game, such as Special Events or Just Chatting, it’ll just show the Twitch Box art/title instead.

Streamers will just need to link their Twitch accounts via the Extensions Configuration view, or the Extension Mini site, to enable auto updating!

To checkout the extension, or to see live streamers running the Extension, and to see the install instructions pop over to the mini site for the extension over at twitch.extensions.barrycarlyon.co.uk/igdb/ or visit the extension directly on Twitch.

The beauty of IGDB.com is that it POWERS Twitch’s categories and being crowd sourced, if the information is wrong, outdated or missing, anyone can submit a fix or change and await an IGDB Admin to accept the change.

I also wrote about the Extension over on the Twitch Reddit and on my Twitch Extensions Twitter, so feel free to spead the word!

And as a final note: this is a third party Extension not affiliated with IGDB.com, I just got permission to use their brand assets!